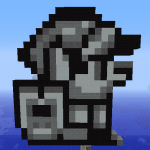 WaZelda is a Norwegian user originally from Grimstad, but living in Oslo. He prefers writing longer stories in the fantasy genre, either set in the real world in present day or in a fictional universe in a time period comparible to the Middle Ages. However, he has also been known to dable with shorter stories, poems and reviews.

WaZelda has liked reading since he was too young to read himself. His parents red him a lot of Astrid Lindgren's books. The first book he read on his own was a Children's Bible. Since then he has read the real Bible and a lot of novels and novel series his favorites including:

In recent years he has been reading significantly less published writing and spent more of his time playing video games. While he prefers gameplay-focused games like anything by Nintendo - and the Zelda franchise in particular, he also appreciates games with narratives like Mass Effect or Bastion.

Ever since he learned how to write, WaZelda started writing storys. The first longer story he finished was a Harry Potter-inspired series spaning five volumes that he began when he was twelve years old. Afterward he wrote a series spanning 15 volumes that was inspired by Animorphs.

WaZelda was an active member in The Writer's Lounge on gamespot, his main works being the Diamond trilogy (completed) and the Super Police series (currently on hiatus). He also started writing A River of Godsblood.

WaZelda did his master thesis in mathematics in 2016 and teaches math and physics. He is interested in most sports that Norway do well in, including cross country skiing, biathlon, road cycling and woman's handball. He used to compete in Decathlon and at best he placed fifth in the National Championship, but after many years with very little improvement he decided to stop and focus on his other interests.

Retrieved from "https://writenow.fandom.com/wiki/User:WaZelda?oldid=5956"
Community content is available under CC-BY-SA unless otherwise noted.