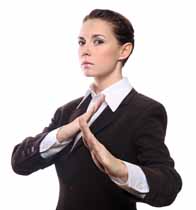 I wrote this maybe over a year ago intending to publish it. Things didn't bowl over so well. I received the rejection slip almost promptly. Maybe it was the boob grabbing that turned them off.

Did this publisher make a good choice? I'll let you guys decide.

It was a deceptively sunny day. Gentle breezes wafted down the cobblestone streets past pizza parlors, movie theaters, and milling throngs of consumers. Through Phat Pharmacy’s sliding front doors, an attractive female voice from an overhead speaker welcomed people to the store and encouraged them to sign up for their free loyalty card to start earning “big, big, big savings!” on front-end items today. The message was concluded with a jingle one might hear at an airport, and then Carrie Underwood came on. The air conditioning fanned customers into emotional submission as they wandered through each meticulously placed aisle. It was a wonderful day for that dreamlike thing called shopping.

Pegan Tagem, the cashier, was examining the patterns on her fingernails when a middle-aged woman in a red cardigan appeared at the counter. Blond, blue-eyed, slim and tan, she was the fitting image of a mother of five. From Hollywood. She held a pack of diapers under her armpit like a football. Pegan mechanically picked up the scanner and gave the customer her full, dry attention.

“Welcome to Phat Pharmacy,” she said between smacks of chewing gum, “how can I be of service today?”

The woman smiled like the sun, her wrinkles making rays in her golden face.

“Hi, Pegan!”—Pegan’s nametag gave away the one piece of information sacred to her—“Guess what? I’m Megan! Which sounds like Pegan. Isn’t that funny? It’s almost like we have the same name! Isn’t that awesome?”

“I was wondering if you could check the price of this item for me?”

Pegan scanned the barcode and glanced at the monitor.

The woman’s smile flipped over into an almost comical frown.

“That’s expensive. Isn’t it on sale or anything?”

“No, sorry. However, our generic brand is only sixteen ninety-nine. Would you like someone to get it for you?”

“No coupons or nothing?”

“No coupons or nothing.”

Megan-which-sounds-like-Pegan shook her head sadly. “Oh, dear. Whatever am I supposed to do?”

Pegan repeated herself: “Would you like someone to get the generic brand for you?”

Pegan shook her own head to clear it of confusion. “Didn’t you say it was too expensive?”

The woman gave Pegan a sympathetic smile as she retrieved her purse. “I didn’t say that, honey. Are you okay? I said it was expensive, not that it was too expensive. You alright, darling? Take it easy, okay? Daw, you kids...”

Pegan became very cautious. She kept her eyes trained on the woman while scanning the diapers and some candy she picked out from the rack in front of the counter. After finding her credit card, the woman stared into the distance, thinking aloud. Was there enough toilet paper at home? Did she need to buy cat food? Did Junior need a new bib? After a long while, Megan-which-sounds-like-Pegan returned her attention to Pegan.

“Ah, sorry to keep you waiting! I’m a bit ditzy today. So much to do! Teehee! Can I pay with credit?”

The woman slid her card through the indicated slot and began punching away happily at the prompt.

Just then Pegan’s phone vibrated in her pocket. She pulled it out and looked at it under the counter. It was a text from her geeky boyfriend.

Without thinking, Pegan began typing back a response that would crush his heart and break his soul.

Megan looked up to ask a question. She stopped when she noticed Pegan examining something under the counter and cleared her throat loudly.

Megan peeked over the counter. At the sight of the phone she pulled back in utter revulsion, then she reached over and snatched it out of Pegan’s hand. Pegan looked as if she had been slapped in the face.

Once Pegan’s shock had worn off, her inner spiritual energy began to flow, congealing in her clenched fist. Pegan was not just any cashier. Before quitting almost a year ago after discovering, much to her chagrin, that there were ranks yet higher to obtain, Pegan had achieved the level of 1st Degree black belt. This customer was about to learn that the hard way. With lightning speed, Pegan snatched the phone out of the woman’s hand, leaving an afterimage of it in the air.

She leaned on the monitor and, letting the phone hang carelessly, said, “My apologies, I’m a bit ditzy today. Teehee. Is there anything I can help you with?”

At first the woman appeared taken aback. She looked from her hand to Pegan’s in confusion, wondering, no doubt, what in the freak had just happened. Then, slowly, her expression simmered to something cool and keen. Unfortunately for Pegan, Megan was no ordinary middle-aged mother of five. She, too, was a black belt. A 4th Degree black belt. Who still practiced on weekends at the local dojo. And had won three tournaments. Global tournaments. In a row. With the Iron Fist.

With little effort, she lashed out at the phone and plunged right into its gut, her face contorting into something between pain and bliss. The device exploded from the insane spiritual energy it was met with and easily parted with its bottom half. Pegan, still leaning on the monitor, looked at her decapitated phone gravely. She then rounded on Megan. The woman stood with arms folded across her bold chest and a killer gleam in her eye.

“Who’s your daddy?” she purred.

Pegan bounced over the counter and aimed a drop kick at her. Megan slid easily to the side and Pegan’s leg crashed into the floor, shooting cement into the air. They went into stance. Customers stopped and stared sheepishly from the aisles.

In mere seconds they had traded lightning-fast blows, interwoven with sways and parries, destroying the newspaper stand, the candy rack, the cell phone display, and numerous other elements near the counter. Pegan hit a nearby pillar and slumped to the floor. Megan dusted her hands. In the end, it hadn’t been much of an exchange at all.

As she approached the defeated cashier, she suddenly stopped at the sight of large bottles of laundry detergent sitting on a nearby shelf with a tag underneath which read:

BUY ONE GET ONE FREE

“Ooh, are these on sale?” she said with delight.

Pegan struggled to her feet. “Only with your loyalty card,” she panted.

The woman gave her that sympathetic smile again.

“Honey, the sign says nothing about a loyalty card. Are you feeling alright?”

Pegan pointed to the bottom of the sign, where, in fine print, the words With Loyalty Card were writ.

Pegan put up her fists. “Over my dead body.”

“Okay!” the woman said, and with that she beat the poor girl back to death’s doorstep.

It was then that the store manager, one Wendy Tingo, appeared at the scene of the commotion, almost as if she had been roused by the vast amounts of spiritual energy flowing around her store...or the crowd of customers taking photos over there.

“What’s going on?” she asked at the sight of Pegan being mauled on the floor.

Megan stood and turned to Wendy wearing her loud grin. “Hi! Can I trouble you for a loyalty card?”

“I was told I needed a loyalty card in order to purchase this laundry detergent. May I sign up, please?”

The manager looked around at all the wreckage the fight had caused checkout, then came back to Pegan. Abruptly she realized what was going on and ran over to the cashier’s side.

Pegan smiled bloodily up at her supervisor. “She was too strong... I couldn’t...”

The manager stood and turned to the troublesome customer. Little did Megan know, Pegan wasn’t the only black belt working at Phat Pharmacy. In fact, Megan was looking at a grand master. Wendy was a 7th Degree black belt who instructed at her local dojo every day, and, although she had never fought formally, she had yet to meet her match in or out of the dojo. Out of anyone’s dojo. This woman in the red cardigan was about to face the unbridled wrath of a master.

“You want a loyalty card? Okay. How about I shove one right down your throat?” Wendy said, mentally patting herself on the back for an insult well done.

“Afterward, can I purchase this laundry detergent?” Megan inquired.

“No!” replied the manager.

The customer grabbed the detergent and waved it over her head. “AH WANT MA ‘TERGEEENT!!”

She swung the bottle at Wendy’s head. Wendy rammed the base of her palm into her wrist, both deflecting the strike and disarming her. Surprised, Megan threw a jab. The manager slipped out of the way and, simultaneously, delivered an uppercut. Megan stumbled backward. The manager drove forward with a series of punishing blows aimed everywhere between the woman’s head and her toes, which eventually sent her tumbling into the cookie stand.

Just then Megan’s husband walked in. He was a large man with rippling arms who had recently retired from professional football.

“Busy!” his wife replied, struggling to break out of a headlock.

The man thought quickly. Searching the floor, he found his weapon in the form of the limp corpse of Pegan Tagem. He picked her up and threw her at the manager.

Wendy released Megan and ducked. Megan straightened up and pounded her chest threateningly; Pagan Tagem’s corpse tackled her across the neck.

The burly man dropped to his knees.

Megan pushed Pegan aside, then stood and strode up to her debilitated husband. She circled him and wrapped her arms around his neck, placing him in a sleeper hold.

Soon the man was down and snoring, and Megan was once more facing off with the store manager. Customers looked from one to the other, wondering what was going to happen next.

Megan took off her cardigan. “Shit just got real,” she announced.

“TERGEEENT!!” Megan cried as she was crushed under the pendulous weight of her own hubris.

With a burst of power, Megan exploded out of the baler and knocked the manager through the wall and onto the sidewalk with a revenge kick. She then dashed forward and tried to skewer her in the gut. Wendy turned away in fear, and not a moment too soon. Instead of hitting her gut, Megan’s hand found the woman’s plush bosom and rebounded; the energy in her fist flew into the building behind her and scored a hole in the wall.

“I was born with this power.”

Wendy reached out tentatively and cupped one breast. Then, just as timidly, she cupped the other. Squeezed. Her eyes fluttered with pleasure as she did it again and again.

“Such spirit,” she whispered.

The women stared deeply into each other’s eyes. They leaned in close. Closer. Closest. Their lips found each other. And they sucked.

Retrieved from "https://writenow.fandom.com/wiki/Under_New_Management?oldid=4531"
Community content is available under CC-BY-SA unless otherwise noted.